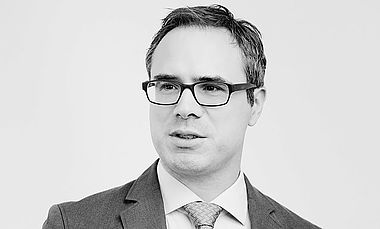 Matthias Frenkel studied electrical engineering at the University of Erlangen-Nuremberg, graduating in 2004. His studies focused on the fields of information and communication technology, digital signal processing, high frequency technology and control engineering. During his studies he was engaged by several companies, such as Siemens, Ericsson as well as the Vehicle Monitor Corporation in Redmond, USA.

Mr. Frenkel commenced his legal and practical training in 2004 at an IP firm in Munich. He qualified as a registered German Patent Attorney in 2007 and joined the firm of WUESTHOFF & WUESTHOFF in the same year. He is also registered as a European Patent Attorney since 2008. Mr. Frenkel’s activities at Wuesthoff & Wuesthoff focus on prosecuting patents and utility models as well as on handling opposition and appeal proceedings in the fields of information and communication technology, medical technology, electrical/mechanical engineering and electronics. He also has extensive experience in trademark law.