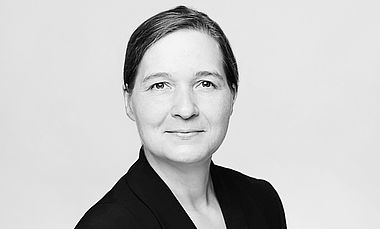 Ulrike Schubert is a German and European Patent Attorney with more than 10 years of experience in intellectual property rights. She represents and advises national and international clients in the field of biotechnology, pharmaceuticals and chemistry. Ulrike Schubert has extensive practical experience in the field of patents, in particular in the drafting and prosecution of patent applications, the coordination of grant proceedings in various jurisdictions and the handling of opposition and appeal proceedings before the European Patent Office. Her technical expertise includes pharmaceuticals, diagnostics, biotechnology, and plant protection, such as the production and use of small molecule compounds, polymers, pharmaceutical formulations, biocatalytic conversions, recombinant protein and nucleic acid technologies as well as transgenic and non-transgenic plants.

Ulrike Schubert completed her biochemistry degree (equivalent to a Master degree) at the Martin-Luther-University Halle-Wittenberg, Germany, in 2001. Subsequently, she worked for a biotech start-up company on the development of recombinant antibodies against intestinal parasites and completed her PhD in the same area. She then worked for four years in the research department of a leading company in the field of therapeutic antibodies and antibody libraries before starting her training as a patent attorney in 2009. Since 2013 Ulrike Schubert has been admitted as a German and European Patent Attorney.