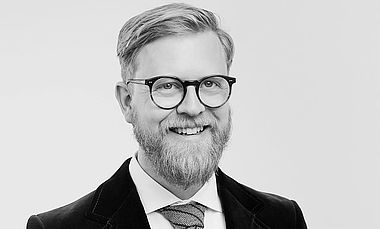 Malte Huck studied physics at the Technical University of Munich, focusing on the field of semiconductor physics, nanotechnology and quantum optics. During his time at Walter Schottky Institute (WSI), he completed his diploma thesis in the field of spectroscopy of individual InGaAs quantum dots under the influence of a lateral electrical field. In 2009, he received his diploma.

Malte Huck gained further research experience in the field of energy technology at the Research Center for Energy Economics (FfE e. V.) in Munich, and spent one year at Palo Alto Research Center (PARC) in the Silicon Valley, where he developed a prototype for a portable flow cytometer.

His legal practice encompasses conducting and advising on national and international patent granting proceedings as well as opposition, nullity and patent infringement proceedings. He has vast experience in the fields of consumer electronics (optics, displays, sensors), semiconductor technology and communication technology.