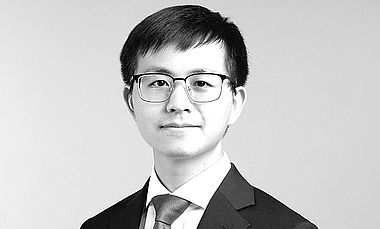 Cheng Li studied Mechanical Engineering (B.Sc.) at the Dresden University of Technology and Robotics, Systems & Control (M.Sc.) at the Swiss Federal Institute of Technology. He acquired a broad range of knowledge with a focus on Artificial Intelligence, Computer Systems, and Complex Networks. In 2021, he completed his master's thesis concerning a meritocratic network formation model. His work in research contributed to a scientific paper published in "Nature Communication".

Besides his studies, Cheng Li worked as a research intern at HUAWEI Zürich Research Center. During his internship, he was supervised by scientists working in quantum computing, and his work contributed to an open-source software framework for quantum computing. Subsequently, Cheng Li participated in a startup project as a working student to develop an FPGA-based machine learning accelerator. Later, he was engaged for several months as a project intern at an autonomous driving joint venture of Swiss Boschung Group and Autowise.AI China.

In January 2022, Cheng Li started his legal and practical training at WUESTHOFF & WUESTHOFF as a patent attorney trainee. He is mainly active in the fields of artificial intelligence, computer-implemented inventions (software), and information and communication technology.