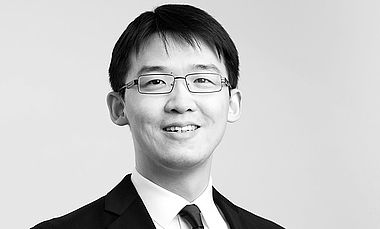 Yangjin Li studied mechatronics engineering at Tongji University in Shanghai and at Aschaffenburg University of Applied Sciences. In 2011, he completed his studies with a bachelor’s thesis at a textile machinery manufacturer. The bachelor’s thesis concerned the development of a software application for testing textile machine drives. Thereafter, he was employed as a patent engineer in the patent department of this company for four years, where he acquired a broad knowledge in the area of industrial property protection.

In the academic year 2015/2016, Yangjin Li attended the master’s program in intellectual property and competition law at the Munich Intellectual Property Law Center, where he graduated with a Master of Laws (LL.M.) degree. His master’s thesis concerned the comparison of measures for preserving evidence in patent infringement cases in France, Germany, the United Kingdom and the Unified Patent Court system.

In November 2016, Yangjin Li started as a patent engineer at WUESTHOFF & WUESTHOFF. He is mainly active in the fields of mechanical engineering, mechatronics engineering, information technology, medical technology and textile engineering.

The unitary patent system will soon be launched in Europe, providing uniform patent protection in most EU member states....