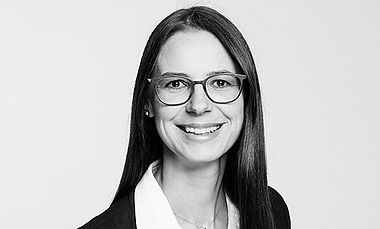 Nadine Losleben studied Environmental and Bioengineering Science with a focus on biocomponents at the University of Bayreuth and received her diploma in 2010. After completing her studies, Ms. Losleben received her doctorate at the Institute for Microsystems Technology at the Albert-Ludwigs-University of Freiburg. This doctoral thesis was prepared in cooperation with the Roche Diagnostics GmbH as an industrial doctorate in the field of contact-free microdosage technologies. Already during her studies and doctoral studies she was involved in various patents as a co-inventor and gained first experiences in the field of patenting.

Ms. Losleben worked as a senior engineer at the Roche Diagnostics GmbH and was responsible for the fault investigation and resolution of pre-analytical analysis systems before she began her training as a patent attorney with a renowned patent law firm in Munich. In 2019 she was admitted as a German Patent Attorney and joined WUESTHOFF & WUESTHOFF.

Her core activities are examination proceedings, opposition proceeding and appeal proceedings as well as the drafting of patent applications in the fields of mechanical engineering, medical technology, automotive engineering and general mechanics. Ms. Losleben also contributes to patent infringement and nullity proceedings.