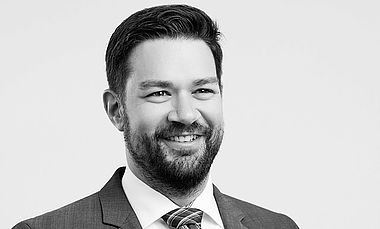 Jonas Weickert studied physics at FAU Erlangen-Nuremberg and LMU Munich. He completed his doctorate at LMU Munich and University of Constance with honors in 2014, supported by a scholarship of the Elite Network Bavaria.

Dr. Weickert continued his research in the field of organic and hybrid solar cells until mid of 2015 as team leader of a team of seven scientist as holder of a postdoc scholarship of the Carl Zeiss Foundation. In the course of his research, over 30 publications resulted from several international collaborations, including three book chapters and one text book.

Until 2017, he worked for a Patent Law Firm at Lake Constance. Afterwards, Dr. Weickert joined WUESTHOFF & WUESTHOFF. His core activities are examination proceedings, opposition proceedings and appeal proceedings in the fields of mechanical and medical engineering, optics, and automotive engineering.