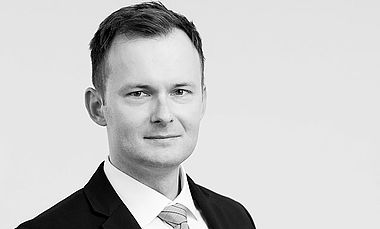 Andreas Mötsch studied patent engineering at the University of Applied Sciences Amberg-Weiden, graduating in 2007. In addition to mechanical engineering, his studies focused on the fields of German and International patent law and patent management. During his studies, he was engaged by the companies Siemens and KUKA Robotics.